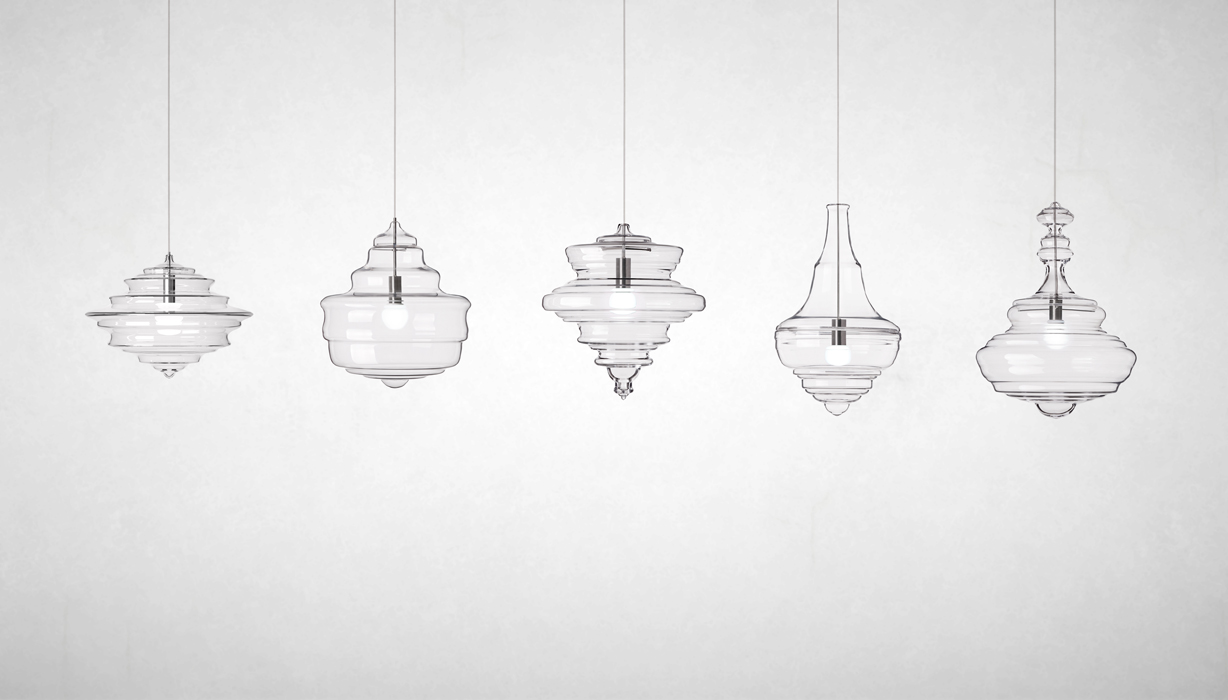 5 chandeliers, 5 scenes, 5 stories…
The “Neverending Glory” collection traverses the diversity of crystal chandeliers to a simple outline
which symbolically creates a never-ending shape in its rotation. It is approaching the phenomenon
of specific chandeliers which fulfils the distinct role of cherries on a richly decorated cake.
But at the same time this design raises the centuries-old renown of Czech crystal similarly to the artistry
of Czech glassmakers, who used the traditional method of blowing glass into an oak mould during
production. Therefore the collection transparently reflects nostalgic emotions, interpreting opulent
candle chandeliers in a completely new way to symbolize prime moments of appreciation and glory.
In individual silhouettes of the “Neverending Glory” series it is possible to recognize iconic
chandeliers from five of the world’s most eminent concert halls and theaters, among them La Scala
in Milan, Palais Garnier in Paris, the Metropolitan Opera in New York, the Bolshoi Theater
in Moscow, but also the Czech Republic’s Estates Theater in Prague, where the world premiere
of Don Giovanni rang out under the leadership of Mozart himself.
Through this collection avid supporters and lovers of stories and simplicity can acquire a chandelier
with a particular memory and take a piece of this splendor with them, which, in the shapes
of this collection, will continue to resonate like Pavarotti’s closing Vicerò from Puccini’s aria,
refusing to hush even years later…
“We wanted to look at classical chandeliers from a new perspective and preserve the effect of their
nobility. We attempted to achieve big emotions through minimal forms.”
Jan Plecháč & Henry Wielgus